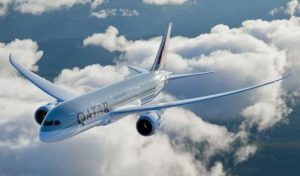 According to the survey, the most preferred actions for governments to prioritize for managing aviation’s climate change impacts are to:

– Support the development of sustainable aviation fuels (64%)
– Support research and development of new technology and better operations (62%)
– In contrast, environmental taxes were one of the least popular options, with just 22% support.

“Aviation takes the climate change challenge very seriously. For more than a decade we have set and exceeded tough targets for carbon emissions, and we plan to achieve much more. Public opinion has a clear message to governments: work with aviation to encourage investment in clean fuels, and new hybrid and electric technology. This will help airlines cut emissions in half by 2050,” said Alexandre de Juniac, IATA’s Director General and CEO.

Commercial aviation is responsible for around 2% of annual global carbon emissions. The industry has a target to cap CO2 through carbon-neutral growth from 2020, and to cut emissions in half by 2050, compared to a 2005 benchmark. Achievement of this target ensures aviation’s compatibility with the goals of the Paris climate agreement, to limit global warming to between 1.5-2 degrees.

“Airlines have spent billions on new planes that have helped to cut emissions per passenger in half since 1990. From next year we will cap emissions in a global offsetting scheme that will generate $40 billion of climate financing. And airlines have bought up all the sustainable aviation fuel that is available. Governments should listen to their citizens. The way forward for aviation and the environment is sustainable aviation fuels. Promoting their commercialization will do more than any tax,” said de Juniac.

“The research shows that the public’s feelings are very clear. People want to travel. They value the freedom to fly. And they want to see the industry and governments taking action on emissions. Making it more expensive for people to fly is not the answer. Rather, action to encourage new technology and sustainable fuels is the solution. Airlines are taking bold steps to cut emissions. Sensible governments should take practical measures to help, not hinder investment through weakening the industry and trying to make flying a preserve of the rich,” said de Juniac.

The research on air travelers’ preferred policy options for tackling aviation carbon emissions was undertaken by TRUE Global Intelligence, FleishmanHillard’s in-house research, and analytics team. Results are based on an online survey, among 1,400 members of the flying public in Germany, Sweden, the Netherlands, and the USA. The survey was conducted in May 2019.

The research on public trust in government use of environmental tax revenues was undertaken by Ipsos MORI. Results based on 5000 air travelers in France, Germany, the Netherlands, Spain, and the United Kingdom, surveyed in November-December 2018.
For more information, see this factsheet on the economic impact of passenger taxes in the Netherlands and Republic of Ireland.